A while back I heard that Stanford was going to offer 3 of their 4th year / grad level computer science courses: Introduction to Artificial Intelligence, Machine Learning and Databases for free over the internet. This sounded like an opportunity not to be missed so I signed up for AI and Machine Learning. I’m not going to lie these courses kind of pushed my work load over the limit for the term as I was also enrolled in 2 graduate classes at my own university but it was totally worth it! So much learning!!!

Both classes were fantastic but I think I have to hand it to Machine Learning for being the single best class I’ve ever taken. I think it was the superbly done programming assignments that really made that class.

I want to post my hard-earned Statements of Accomplishment for these two amazing courses: 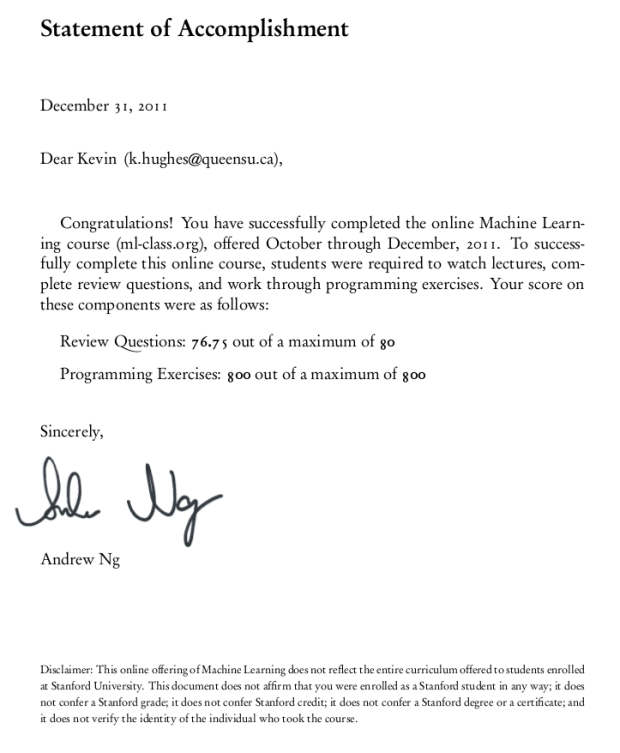 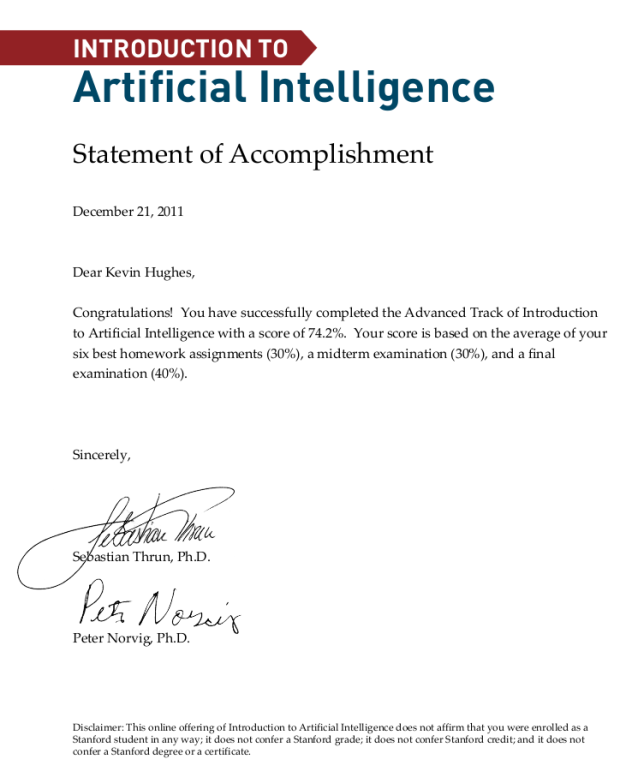 I really hope there are more classes like this in the future and that other Universities take note of the success Stanford had with this experiment. This could be the future of education!!!

Based on the success of these first offerings Sebastian Thrun of Stanford and Google decided to start an open online University: Udacity.

I took the first 2 courses ever offered by Udacity - CS 101 - Building a Search Engine and CS 373 Programming a Robotic Car. I am quite impressed with what they have put together in such a short time. The online interactive python interpreter really improves over just the simple multiple choice and number entry questions featured in the original AI class. I still think the programming assignments are a little bit behind the ones from Andrew Ng’s Machine Learning class but some of that might just be related to subject matter :) (Machine Learning is tough to beat in coolness in my opinion and it lends itself nicely to assignments) 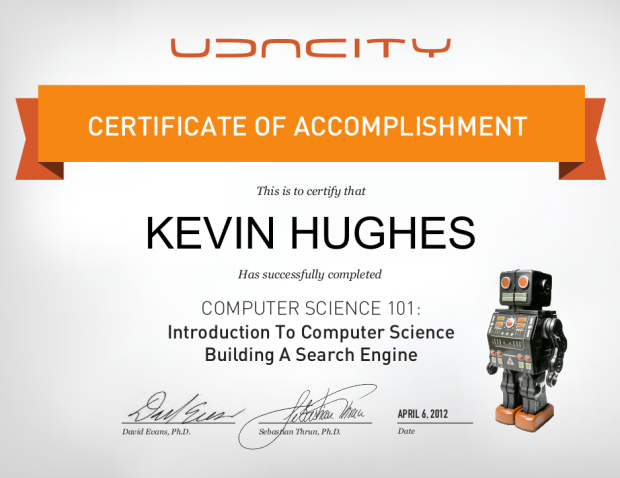 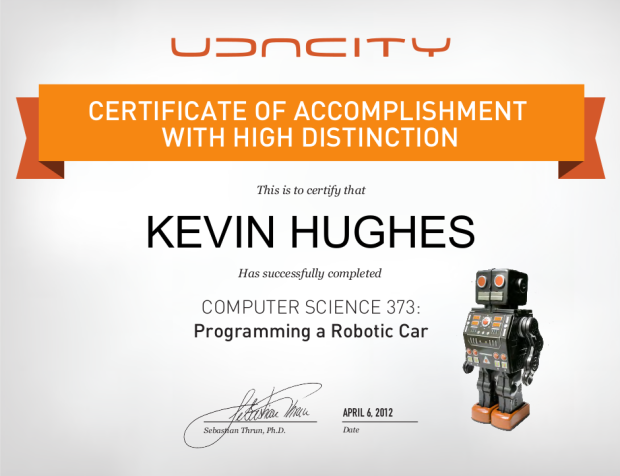 I really like the way Udacity is going with open online education. The fact that they are their own entity and are not tied to an existing institution makes them more interesting with respect to the future of education. I also like the amount of street cred they have going on - Sebastian Thrun (he worked on the Google cars) teaching about autonomous vehicles is about as good as it gets. They’ve also announced an upcoming course on web-apps taught by Steve Huffman one of the co-founders of reddit - pretty legit.