Earlier this year ARPool and myself were invited to give a demonstration at Techkriti ‘13 at IIT Kanpur in India. I’d been very busy with my thesis and First Robotics so I hardly noticed this trip creeping up on me when suddenly I was boarding a flight to India, or rather a flight to Chicago to Heathrow then finally to Delhi! 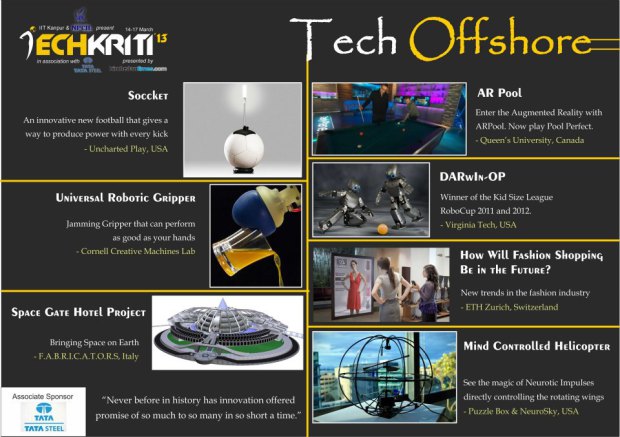 I really had no idea what I was getting into or what to expect from the festival when I arrived and to be honest even now that the festival is wrapping up I’m still not really sure what I got into lol!

I got to meet and present along side Marshall Strabala architect of the Burj Khalifa and 2 more of the world’s ten tallest buildings, Boaz Almog quantum researcher, TED speaker, and inventor of quantum levitation (http://youtu.be/VyOtIsnG71U), Michael J. Foreman a NASA astronaut and Trace Bundy the acoustic ninja (http://www.youtube.com/TraceBundyFan) along with several others with less impressive titles or nicknames who were none the less just as interesting people to spend the festival with. Only here at this festival do I get to be placed in some sort of group with these impressive individuals as almost an equal; craziness!

The ARPool demo itself was a great success! 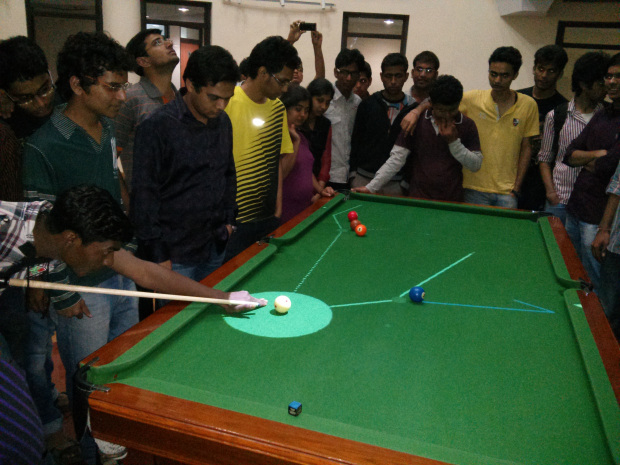 The festival itself was quite interesting, we never really knew exactly what all was going on. Undergraduate students from IIT Kanpur would sort of just come collect us when we were supposed to do something or be somewhere. Talking with the other presenters this seemed to be just how things run here. Definitely an experience. I really have no idea how things get done in India but they do get done! It’s very different from events in Canada there wasn’t really a schedule posted somehow it all just happened - amazing! Just like driving on the roads here, they don’t really have rules and the lines might as well not be there but somehow it just works and people get around without a bazillion accidents. I just can’t understand it!

Another thing I really couldn’t get over is people wanting to have their picture taken with me, that and being called “sir” - it was too weird!!

All in all I had a great time at Techkriti ‘13 and IIT Kanpur!